on September 24, 2017
Click here to view the original article.

[The so-called Sharing Economy, for which Uber is poster-child, is simply a neoliberal means of increasing the rapid and rampant crapification of labour until self-driving cars take over and throw even these peons out of work. *RON*] LONDON (Reuters) - London deemed Uber unfit to run a taxi service on Friday and stripped it of its license to operate from the end of next week in a major blow to the U.S. firm and 3.5 million users in one of the world’s wealthiest cities.

In a break with the startup’s usual combative tone, Uber’s new Chief Executive Dara Khosrowshahi asked London to please work with the ride service. He told employees the company needed to act with integrity but that he did not believe Uber had done everything it was accused of in London.

Uber [UBER.UL], which has 40,000 drivers working in the capital, also said it would contest the decision.

The British capital’s transport regulator said the Silicon Valley technology giant’s approach and conduct was not fit and proper to hold a private vehicle hire license and it would not be renewed when it expires on Sept. 30.

Regulator Transport for London (TfL) said it would let Uber operate until the appeals process is exhausted, which could take months.

“Uber’s approach and conduct demonstrate a lack of corporate responsibility in relation to a number of issues which have potential public safety and security implications,” TfL said.

Specifically, TfL cited Uber’s approach to reporting serious criminal offences, background checks on drivers and software called Greyball that could be used to block regulators from gaining full access to the app. 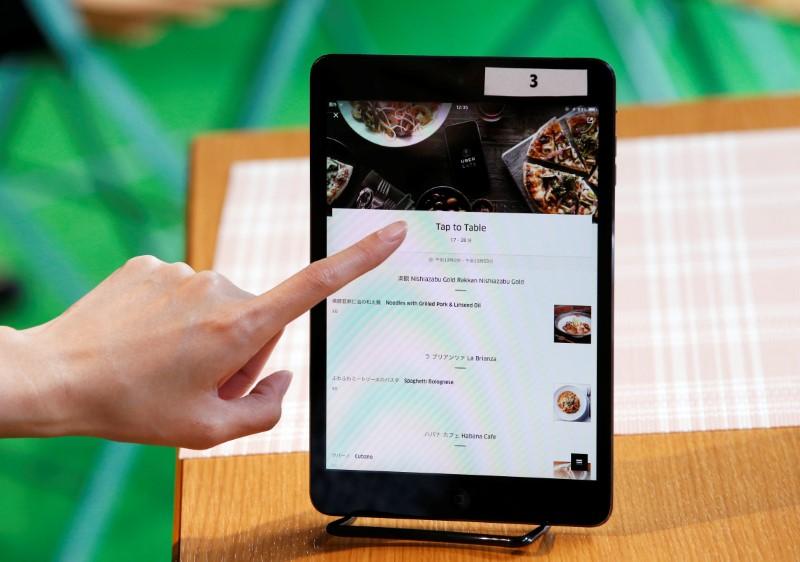 Uber London General Manager Tom Elvidge responded that the mayor, who supported the decision, and regulators had “caved in” to people who want to restrict consumer choice. He added that Uber would “immediately challenge” the decision in court.

Khosrowshahi, brought in to steer the company after a string of scandals involving allegations of sexism and bullying, later appealed to the city on Twitter with a self-deprecating style.

“Dear London: we r far from perfect but we have 40k licensed drivers and 3.5mm Londoners depending on us. Pls work w/us to make things right,” Khosrowshahi wrote in a tweet.

He also acknowledged the company’s turmoil in a message to employees seen by Reuters. “It’s worth examining how we got here. The truth is that there is a high cost to a bad reputation,” he said. “It really matters what people think of us,” he added, and “actions in one part of the world can have serious consequences in another.”

Many riders rallied to the company’s aid. Uber has turned to customers to help defend itself in other battles around the world, and an online petition in support of Uber had gathered more than 400,000 signatures by late evening in London.

The loss of the San Francisco-based start-up’s license comes after a tumultuous few months that led to former CEO and co-founder Travis Kalanick being forced out.

Uber, which is valued at about $70 billion and whose investors include Goldman Sachs, has faced protests around the world for shaking up long-established taxi markets.

The taxi app has also been forced to quit several countries, including Denmark and Hungary, and faced regulatory battles in multiple U.S. states and around the world.

The company’s UberX offers rides in London by individuals with licenses issued by TfL, often in drivers’ personal cars.

London’s traditional black cab drivers have attacked Uber, saying it has undercut safety rules and threatened their livelihoods. Uber has been criticized by unions and lawmakers too and been embroiled in legal battles over workers’ rights.

London police also complained in a letter in April that Uber was either not disclosing, or taking too long to report, serious crimes including sexual assaults and this put the public at risk.

Of the 154 allegations of rape or sexual assault made to police in London between February 2015 and February 2016 in which the suspect was a taxi driver, 32 concerned Uber, according to the capital’s police force.

Uber said on Friday its drivers passed the same rigorous checks as black cab drivers, it has always followed TfL’s rules on reporting serious incidents and it had a dedicated team that worked closely with London’s police.

London Mayor Sadiq Khan, a Labour politician who has criticized Uber in the past, said he backed the decision to reject its application for a new license.

“It would be wrong if TfL continued to license Uber if there is any way that this could pose a threat to Londoners’ safety and security,” he said.

Drivers of London’s black cabs, who have snarled up the city’s streets in protest at the app over the last few years, welcomed Friday’s decision.

“Their standards are not up to scratch,” said 71-year-old Walt Burrows, who has driven a black cab for 39 years. “The black cab is an iconic part of London. What you get with a black cab is a metered fare and you know you’re safe.”