on February 17, 2017
Click here to view the original article.

[But they just love BC Indians - that's different! Because they haven't got what they want here yet. *RON*]

Calgary-based Enbridge has closed a $1.5 billion deal which will see it take a nearly 30 per cent interest in the Bakken pipeline system, which includes the controversial Dakota Access Pipeline (DAPL).

The 1,885 kilometre DAPL pipeline has faced months of opposition from environmental activists and protesters from the Standing Rock Sioux Tribe in North Dakota.

Watch below: Footage from December 2016 on protests against plans to build the Dakota Access Pipeline near the Standing Rock Indian Reservation near Cannon Ball, North Dakota. 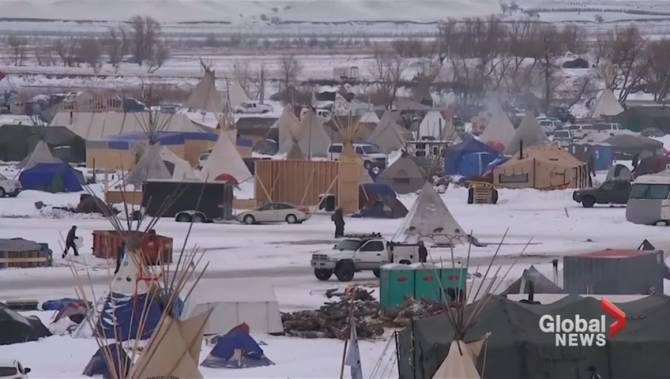 The Obama administration halted the project in December but work on it resumed earlier this year after U.S. President Donald Trump signed a memorandum directing agencies to expedite approvals for the remaining portions of the hotly-contested project. 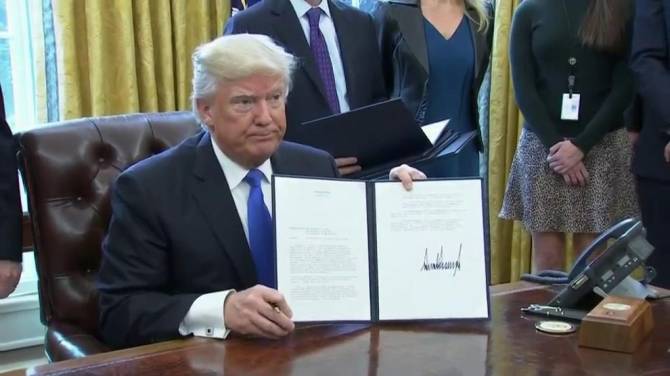 The tribe filed a last-ditch legal effort to block the $3.8-million pipeline earlier this month. It says it fears the project could desecrate sacred sites and endanger drinking water in the region.

Enbridge defended the controversial Bakken pipeline system in a statement Wednesday, arguing it has been built and operated with “best-in-class” safety measures.

“We look forward to working with our partners to ensure that the commitment to safe operations and maintenance of positive working relationships with all stakeholders along the right of way is a top priority,” said Guy Jarvis, president of liquids, pipelines and major projects.

Jarvis said the Bakken pipeline will allow Enbridge to access premium markets in the U.S. Gulf Coast and that it sees “strong potential” for future investments in the system through low-cost expansions.

-With files from The Associated Press.
Aboriginal corporatocracy environment oil and gas pipelines